Making your baby's crib Organic is a wonderful thing you can do for their health. Organic Crib Mattresses, Organic Cotton Crib Bedding and Clothing, and Organic Cotton Toys can all reduce your baby's exposure to harmful chemicals. Click pictures for more info... 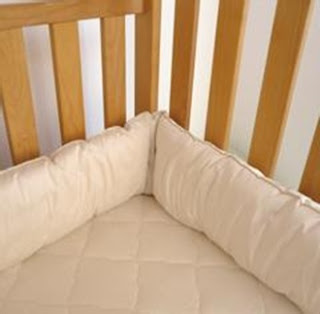 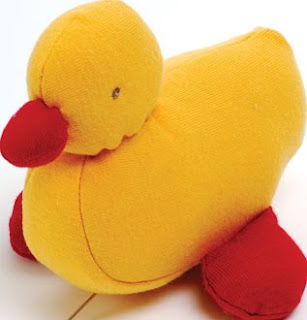 Please be aware of the danger of drop-side cribs... see this article from the Associated Press...

Move afoot in US Congress to ban drop-side cribs

WASHINGTON (AP) -- The baby crib, usually a safe haven for little ones, became a death trap for 6-month-old Bobby Cirigliano.

The side rail on his drop-side crib slid off the tracks and trapped his head and neck between the mattress and the malfunctioning side rail. His face pressed against the mattress, the boy suffocated.

Bobby was one of at least 32 infants or toddlers since 2000 who suffocated or were strangled in a drop-side crib, which has a side that moves up and down to allow parents to lift children from the cribs more easily than cribs with fixed sides. Drop-sides are suspected in an additional 14 infant fatalities during that time.

Consumer Product Safety Commission Chairman Inez Tenenbaum has pledged to ban the manufacture and sale of the cribs by the end of the year with a new standard that would make fixed-side cribs mandatory. It could be several months into 2011 before becoming effective.

While the industry has already started phasing out drop-sides, there are plenty for sale on the Internet, and that's part of the reason Congress is getting involved.

"There's a great urgency here. We have to make sure that no parent is unaware that drop-side cribs could kill their children," Sen. Kirsten Gillibrand said in an Associated Press interview.

At a news conference in New York on Sunday, Gillibrand plans to outline legislation to outlaw the manufacture, sale and resale of all drop-side cribs and ban them from day-care centers and hotels. She hopes the legislation will accelerate efforts for a ban, either via Congress or the Consumer Product Safety Commission.

The industry insists that babies are safe in drop-side cribs.

"We believe firmly that when these products are assembled and used properly, they are the safest place to put your child," said Mike Dwyer, executive director of the Juvenile Products Manufacturers Association.